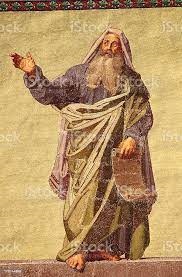 Daniel 10:14 Now I am come to make you understand what shall befall your people in the latter days: for yet the vision is for many days yet to come. Daniel 10:15 And when he had spoken such words unto me, I set my face toward the ground, and I became dumb (silent). Daniel 10:16 And, behold, one like the similitude of the sons of men touched my lips: then I opened my mouth, and spoke, and said unto him that stood before me, O my Master, by the vision my sorrows are turned upon me, and I have retained no strength. Daniel 10:17 For how can the servant of this my Master talk with this my Master as for me, straightway there remained no strength in me, neither is there breath left in me. Daniel 10:18 Then there came again and touched me one like the appearance of a man, and he strengthened me, I have had such moments over past years where I had to draw on the power of His Spirit and the Scriptures to cope with the reality of the days in which we live. Even if our sins are forgiven, it might save us spiritually, but that does not necessarily remove from us all the consequences of sin, trials, tribulations, and persecutions that will challenge us in the days ahead. John 15:18-21 and I Peter 1:6-7. John 15:18 If the world hates you, ye know that it hated me before it hated you. John 15:19 If ye were of the world, the world would love its own: but because you are not of the world, but I have chosen you out of the world, therefore the world hates you. John 15:20 Remember the word that I said unto you, The servant is not greater than his Master. If they have persecuted me, they will also persecute you; if they have kept my saying, they will keep yours also. John 15:21 But all these things will they do unto you for my name’s sake, because they know not Him that sent me. page 4
Pages: Page 1, Page 2, Page 3, Page 4, Page 5