this video is a companion to the previous video I added to my website  called ” The End Game” I hope and pray that you will see the importance of this information and be able to share it with others that may benefit tremendously from it. We are in a time like no other and much is happening really fast, we must be vigilent and sober as Scripture says we should and discern the truth in all that we can in the hopes that it may open our eyes and those we love. Many Blessing,
Pastor Larry Scher

By Harriet Arkell and Neil Michael

Old medical records show that 2,051 children and babies in Irish care homes were given a one-shot diphtheria vaccine for international drugs giant Burroughs Welcome between 1930 and 1936.

There is no evidence that consent was ever sought, nor any records of how many may have died or suffered debilitating side-effects as a result.

The scandal was revealed as Irish premier, Enda Kenny, ordered ministers to see whether there are more mass baby graves after the discovery that 800 infants may be buried in a septic tank outside a former mother and baby home in Tuam, Co. Galway.

Children’s homes are under the spotlight since it emerged that 796 babies may be buried at the former mother and baby home at Tuam, Co. Galway – Enda Kenny has ordered officials to see if other mass graves exist.

The Irish premier has ordered his officials to examine the possibility that there may be other mass graves, too

The Taioseach intervened from the United States yesterday to say that he had ordered his officials to ‘see what the scale is, what’s involved here, and whether this is isolated or if there are others around the country that need to be looked at.’

Michael Dwyer, of Cork University’s School of History, found the child vaccination data by trawling through tens of thousands of medical journal articles and archive files.

He discovered that the trials were carried out before the vaccine was made available for commercial use in the UK.

Homes where children were secretly tested included Bessborough, in Co. Cork and Sean Ross Abbey in Roscrea, Co. Tipperary, both of which are at the centre of the mass baby graves scandal.

In Dublin, it is believed that children for the trials came from St Vincent’s Industrial School, Goldenbridge, St Joseph’s School for Deaf Boys, Cabra, and St Saviours’s Dominican Orphanage.

But Mr Dwyer said: ‘What I have found is just the tip of a very large and submerged iceberg.

‘The fact that no record of these trials can be found in the files relating to the Department of Local Government and Public Health, the Municipal Health Reports relating to Cork and Dublin, or the Wellcome Archives in London, suggests that vaccine trials would not have been acceptable to government, municipal authorities, or the general public.

‘However, the fact that reports of these trials were published in the most prestigious medical journals suggests that this type of human experimentation was largely accepted by medical practitioners and facilitated by authorities in charge of children’s residential institutions.’

Horror: The scandal of the babies in the mass grave was discovered by local historian, Catherine Corless

Innocence: Academic Michael Dwyer found out about the secret drugs trials by going through old medical records – children from the Sean Ross Abbey home in Tipperary, pictured, are thought to have been involved

A spokesman for GSK – formerly Wellcome – said: ‘The activities that have been described to us date back over 70 years and, if true, are clearly very distressing.

‘We would need further details to investigate what actually took place, but the practices outlined certainly don’t reflect how modern clinical trials are carried out. We conduct our trials to the same high scientific and ethical standards, no matter where in the world they are run.’

A spokeswoman for the Sisters of Sacred Hearts of Jesus and Mary, the order that ran Bessborough and Sean Ross Abbey, said that like GSK, they would also welcome an independent inquiry.

Fianna Fáil leader Micheál Martin called on the Irish government to add vaccine trials into the investigative remit of any inquiry into the mother and baby homes.

Historian Catherine Corless, whose discovery of the suspected mass baby grave at Tuam was revealed by the Mail earlier this week, said her study of death records for the St Mary’s home run by Catholic Bon Secours nuns from 1925-1961 pointed to the existence of the mass grave.

Children were looked after by nuns and often adopted abroad – now it seems they were used in drugs trials, too

The Irish PM interrupted a trade visit to San Francisco to order an inquiry in the Tuam home and others, saying that Dublin must decide what is the ‘best thing to do in the interest of dealing with yet another element of our country’s past.’

St Mary’s was one of several such ‘mother and baby’ homes for ‘fallen women’ who had become pregnant outside marriage in early 20th century Ireland.

Another such institution was the Sean Ross Abbey in Tipperary, was where Philomena Lee gave up her son for adoption in the 1950s. Her story was made into the Oscar-nominated film ‘Philomena’ last year.

The ‘mother and baby’ homes accommodated women who were ostracised from their own families and had nowhere else to turn.

Under conservative Catholic teaching of the time, children born outside of marriage were not baptized and were therefore denied a Catholic burial on consecrated ground.

How to Remove Chemtrail Toxicity/Nanotechnology from your body: 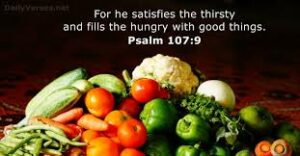 I Corinthians 10:31    Whether therefore ye eat, or drink, or whatsoever ye do, do all to the glory of Yahweh.

It’s time to update that old saying that “there are plenty of fish in the sea.” Scientists warn that the numbers of old fish are declining at an alarming rate, putting future generations of fish and even humans in peril. If you want to know more about this article please click on the following link:

Lisa Christian, PhD, the lead researcher on the study, concluded, “Growing evidence shows that those who received a flu shot in the prior year have lower antibody responses in the current year.”

The study proves yet again that the official narrative of the flu shot industry — and its complicit corporate-run media — is false and deliberately deceptive. Far from offering bulletproof protection, flu shots actually make people more vulnerable to influenza infections, END_OF_DOCUMENT_TOKEN_TO_BE_REPLACED

(Natural News) Just days after the release of a jaw-dropping video lecture called the Science Agenda to Exterminate Blacks, a bombshell science paper has emerged that confirms the use of covert sterilization chemicals in World Health Organization vaccines deployed in Africa. Entitled, “HCG Found in WHO Tetanus Vaccine in Kenya Raises Concern in the Developing World,” the paper documents the covert deployment of an infertility chemical in vaccines that are administered to young black women in Kenya.

please click on the following link to learn more about this article:

Lisa Christian, PhD, the lead researcher on the study, concluded, “Growing evidence shows that those who received a flu shot in the prior year have lower antibody responses in the current year.”

The study proves yet again that the official narrative of the flu shot industry — and its complicit corporate-run media — is false and deliberately deceptive. Far from offering bulletproof protection, flu shots actually make people more vulnerable to influenza infections, which of course contributes to more people catching the flu and then falsely thinking they need more flu shots for “more protection.”

Yet it is the flu shots themselves that are leading to an increase in influenza infections. The flu vaccine, in other words, perpetuates the myth that flu vaccines are needed by ensuring influenza spreads more rapidly than would otherwise occur. In effect, flu vaccines spread the very infections that generate more demand for flu vaccines. The structure is a “perfect” self-perpetuating medical hoax rooted in fake science and relentless media propaganda.

In my news video below, you’ll also learn:

Watch my full video, below, for more details:

Not long ago, Neon Nettle reported on the epidemic of doctors being murdered, most of which were in Florida, U.S. The scientists all shared a common trait, they had all discovered that nagalase enzyme protein was being added to vaccines which were then administrated to humans. (SCROLL DOWN FOR VIDEO). If you want to know more about this issue please click on the following link:

Doctors Who Discovered Cancer Enzymes in Vaccines all Found Murdered

Dr. Mercola won’t carry his cellphone with his hands anymore, he carries it with a selfie stick. He says the debate about whether or not cellphones cause brain tumors distracts from the explosion of chronic diseases that have exploded since people began (over)using cellphones. Chronic conditions that have increased between 300%-11,000% since 1980, some of which were largely unknown 35 years ago include chronic fatigue syndrome, bipolar disease in youth, fibromyalgia, autism, celiac disease, ADHD, lupus, hypothyroidism, osteoarthritis, sleep apnea, diabetes, alzheimer’s disease and depression.

Dr. Mercola suspects that the EMF of cellphones may cause oxidative destruction of cells. He explains how the primary cause of disease attributed to EMF radiation exposure is related to mitochondrial damage due to reactive nitrogen species peroxynitrites. Elevated peroxynitrites in the body have been associated with increased levels of systemic inflammation and mitochondrial dysfunction. Sources of EMF radiation damaging to cellular mitochondria include cellphones, cell towers, Wi-Fi routers and modems. If you want to learn more about this issue please click the following link: