These prophetic scriptures are dated.  There has never been a time in human history where earth was facing extension.  This is now possible.  As we begin to explain each item on the Eugenics graphic, you will see how this is possible.

Before I go any further, I want to give a brief overview about myself.  I have no fear of death.  If something is worth living for, it certainly is worth dying for.  By providing the information on this will only validate the truth of what I am presenting.  The globalists control the internet, the news media, and the justice system. graphic, no doubt, I am putting my life on the line.  Thousands of other brave men and women have been killed and disappeared for providing the facts that you read here.  If something happens to me, it

I have been happily married for 44 years and faithful to my wife and I do not molest children, lie, steal or any other slanderous things they might invent to hurt me.  If they kill me, I will wake up in a spiritual dimension, having Eternal Life, ruling and reigning with Messiah for a thousand years.

Revelation 20:4   And I saw thrones – and they sat on them, and judgment was given to them – and the lives of those who had been beheaded because of the witness they bore to Yahshua and because of the Word of Elohim, and who did not worship the beast, nor his image, and did not receive his mark upon their foreheads or upon their hands. And they lived and reigned with Messiah for a thousand years.

When their time comes, where will they wake up? 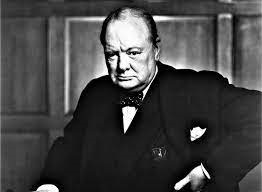 during a time of universal deceit, “Telling the truth is a revolutionary act.”

We now live in such a time.  It seems comprehendible that every facet of our society and culture today is based on lies and more lies, toxic agriculture and food, false religion, so-called science based on evolution, social engineering, health and healing, fiat currencies – all a masterful matrix of lies and deceit from the master deceiver of all mankind, Satan the devil.

Revelation 12:9   And the great dragon was thrown out, that serpent of old, called the Devil and Satan, who leads all the world astray. He was thrown to the earth, and his messengers were thrown out with him.