The Sabbath is like many other things in life.  The more we prepare and put into it, the greater the blessings and benefits we receive from it.  It will truly be a delight when done right. Proper preparation frees us from things that could distract us from keeping the Sabbath Set Apart.  The Preparation Day is Friday or the day before any other Set Apart Day.

And Moses said, let no man leave of it till the morning. Notwithstanding they hearkened not unto Moses; but some of them left of it until the morning, and it bred worms, and stank: and Moses was wroth with them.  And they gathered it every morning, every man according to his eating: and when the sun waxed hot, it melted.  And it came to pass, that on the sixth day they gathered twice as much bread, two Omer’s for one man:

and all the rulers of the congregation came and told Moses. And he said unto them, this is that which Yahweh hath said, Tomorrow is the rest of the Set Apart Sabbath unto YAH: bake that which ye will bake today, and seethe that ye will seethe; and that which remained over lay up for you to be kept until the morning. And they laid it up till the morning, as Moses bade: and it did not stink, neither was there any worm therein. And Moses said, eat that today; for today is a Sabbath unto Yahweh: today ye shall not find it in the field.   Six days ye shall gather it; but on the seventh day, which is the Sabbath, in it there shall be none.

And it came to pass, that there went out some of the people on the seventh day for to gather, and they found none.   And Yahweh said unto Moses, how long refuse ye to keep my commandments and my laws?   See, for that Yahweh hath given you the Sabbath, therefore he gives you on the sixth day the bread of two days; abide ye every man in his place, let no man go out of his place on the seventh day.  So, the people rested on the seventh day. 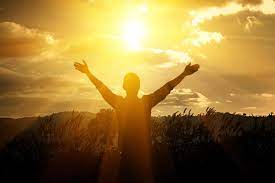 Numbers 15:32-35 – And while the children of Israel were in the wilderness, they found a man that gathered sticks upon the Sabbath day.   And they that found him gathering sticks brought him unto Moses and Aaron, and unto all the congregation. And they put him in ward, because it was not declared what should be done to him. And Yahweh said unto Moses, the man shall be surely put to death: all the congregation shall stone him with stones without the camp.

One thought on “KEEPING THE SABBATH SET APART”