Humankind cannot handle the truth, so they fall victim to normalcy bias, as it has never happened in their lifetime, so they ignore the lessons of history as they think it would not happen to them. Such was the destiny of the many who would not leave Pre-world War Two, Nazi Germany! The current virus outbreak is killing millions more than were killed in The Holocaust of WWII. At some point, an unbelievable large number of people will have died. The goal is to reduce the population of the planet. The virus was the catalyst for the deaths, but the vaccines are the method of extermination.

Then we have cognitive dissidence which is a Paradigm/Reality Shift. This is despite overwhelming, truthful evidence. People deny the truth because they can’t handle it. Truth is too emotionally overwhelming for them to accept. This is a normal response for most people.

When Daniel, the prophet, was given a vision of the end-time events, 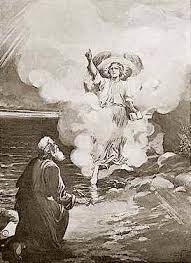 (the days in which we live,) he was so traumatized that he became weak and filled with pain.

Daniel 10:14 Now I am come to make you understand what shall befall your people in the latter days: for yet the vision is for many days yet to come.

Daniel 10:15 And when he had spoken such words unto me, I set my face toward the ground, and I became dumb (silent).

Daniel 10:16 And, behold, one like the similitude of the sons of men touched my lips: then I opened my mouth, and spoke, and said unto him that stood before me, O my Master, by the vision my sorrows are turned upon me, and I have retained no strength.

Daniel 10:17 For how can the servant of this my Master talk with this my Master as for me, straightway there remained no strength in me, neither is there breath left in me.

Daniel 10:18 Then there came again and touched me one like the appearance of a man, and he strengthened me,

One thought on “INTRODUCTION”